Ultimately I wanted a 65C816 system but initially settled on the 65C02 for many reasons. One was that round about the same time another ‘816 project was announced (and subsequently a 2nd, and as of today a 3rd!) so I felt that getting back into the 6502 via my own board then buy into one of the ‘816 projects would be the way to go…

But things change. The first ‘816 system (Stefany’s Foenix) wasn’t to my liking, then the next one – Dave Murray’s Commander X16 has been changed to a 65C02 system. The last ‘816 system – Neon816 is somewhat curios, so I’ve decided to go with my own board for now, so to kick that off, I replaced the 65C02 with a 65C816 on my Ruby board. At the same time, I took the opportunity to make a few optimisations (ie. I removed some resistors that I don’t need because the ATmega host processor has internal pull-ups and with a few software tweaks there can eliminate some unneeded components. 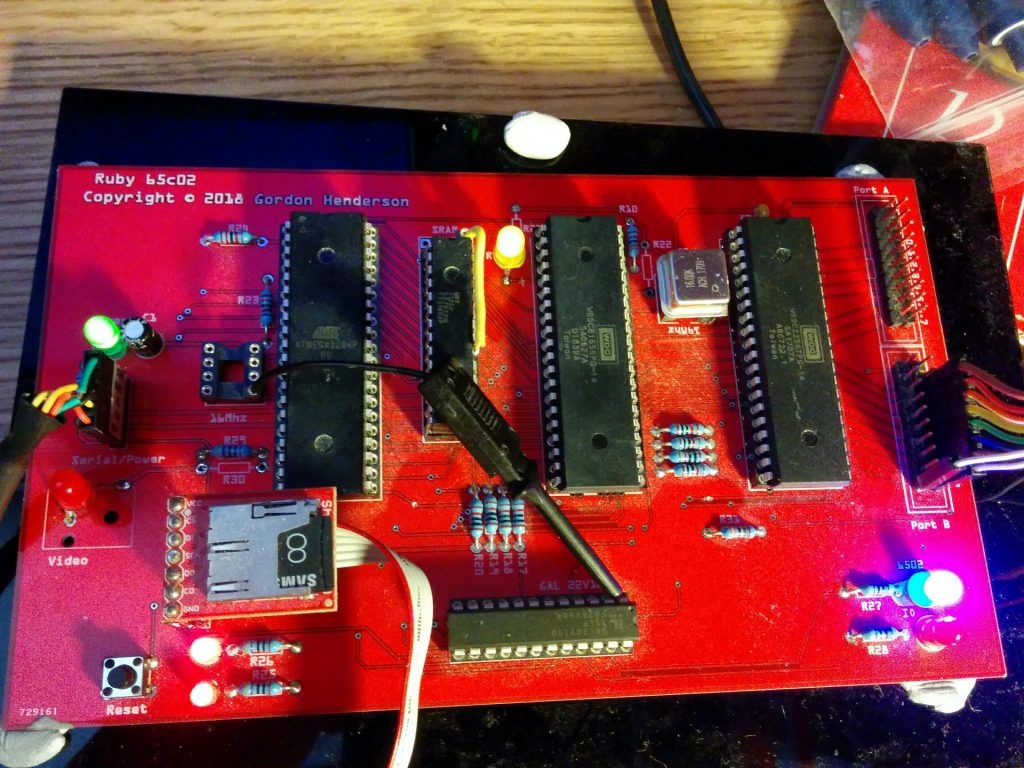 Other than a few resistors I’ve removed – I had to add one resistor which goes on pin 3 which is the phase 1 clock output on the 6502 (which is never used in new designs), but is the /ABORT input on the 65C816 which needs to be pulled high. (That resistor is under the board, along with the LED current limiting resistor)

The flying wire is taking the 16Mhz clock from the 65C816 side into the ATmega side and one day I’ll buy more 16Mhz crystals!