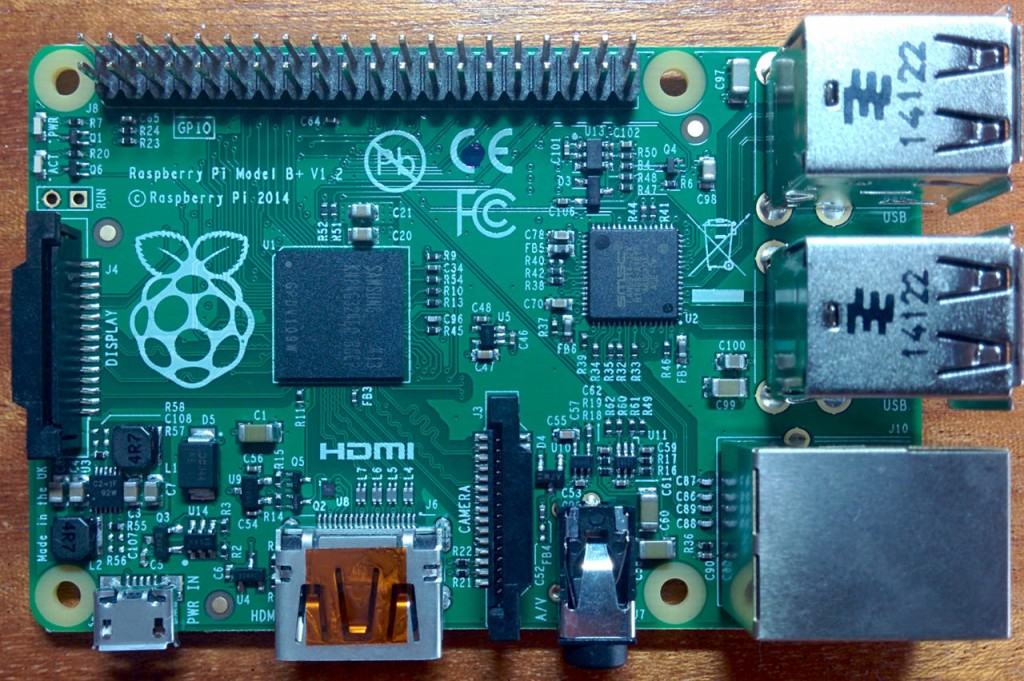 So what’s a B+ and how does it differ from the B? Here is a quick list of the main differences:

Those are the main differences as far as most people will be concerned. The combined composite video and audio is (I understand!) a popular connection on phones, tablets, etc. The same HDMI, CSI (Camera) and DSI (Display) ports as the current Model B.

The power is an area of big improvement – I’m told the routing on the board is much improved with more power available to the USB sockets – providing your power supply is capable (please buy a good PSU from a reputable dealer!) Also, the USB sockets have been blocked from “back-powering” the rest of the Pi – presumably to prevent any issues with external powered hubs and so on.

The low voltage indicator will turn the power LED OFF if the supply voltage is lower than 4.7 volts. Buy good quality power supplies!

A quick note on the GPIO: There are actually 2 more pins in the connector – the original I2C bus that appeared on the Revision 1 boards, however this comes with a warning that the bootloader actively probes them, looking for an I2C eeprom device, to be used for further configuration by the bootloader, so connecting anything to them is not advised.

wiringPi has been updated to reflect the new board revision in /proc/cpuinfo (currently it reads 0010).

Software: Well, no change there, really. Same SoC/CPU and memory, so no changes, really.

GPIO: The additional GPIO pins can be used for:  PWM (Both channels!) and additional GPIO clocks. Access to the 4 PCM signals is also possible, so I2S is easy to access, so lack of the P5/P6 connector on the model B shouldn’t be an issue.

I think it’s a great and logical progression to the Pi! It’s compatible software and hardware wise – most existing GPIO devices will plug right on-top (may have to wiggle a ribbon cable in though for e.g. my original ladder board, the Gertboard, “cobbler cable” any anything else that uses a ribbon cable, but most of the boards I have which sit on-top all seem to fit and work just fine. (A notable exception is the PiFace board which was designed to fit round the Ethernet and USB sockets) More GPIO pins are always going to be good, and you can never have enough USB ports (Get a good power supply!)

And to finish, here is a photo of the B and B+ next to each other: They’re in the new Pimoroni Coupé cases. Excellent cases – protects the Pi and lets you use the GPIO to place boards on-top. 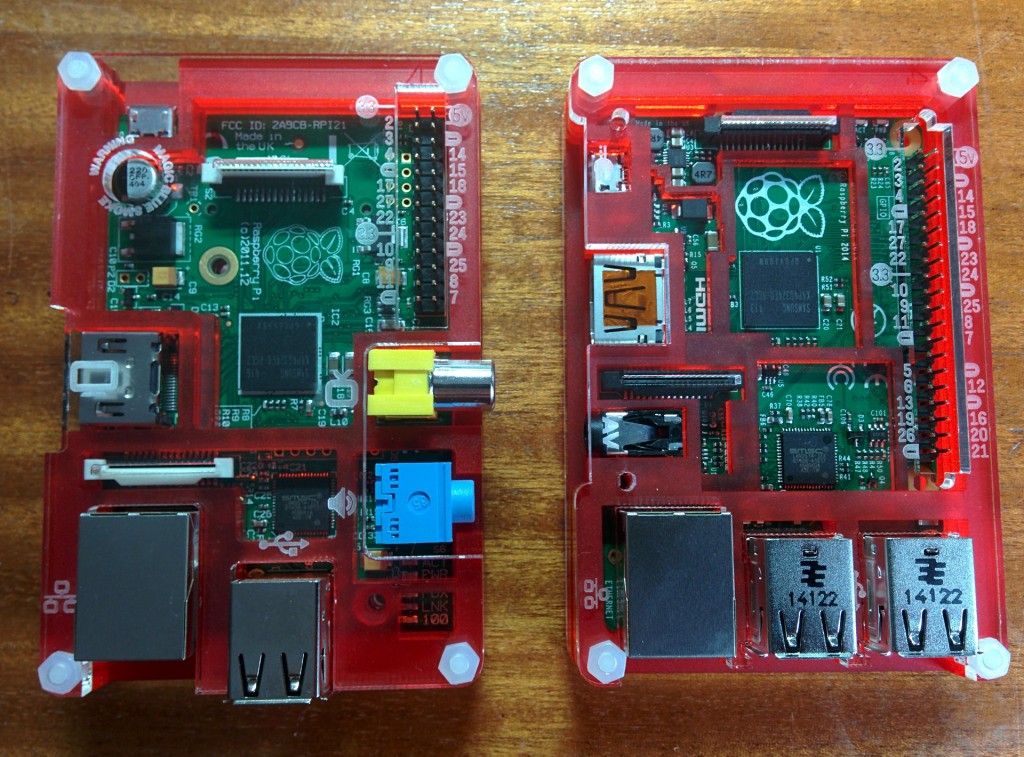 Note the GPIO pin numbers (BCM format) are given on the case top. Really handy!

And just because I can – here is the Pi driving 28 LEDs: 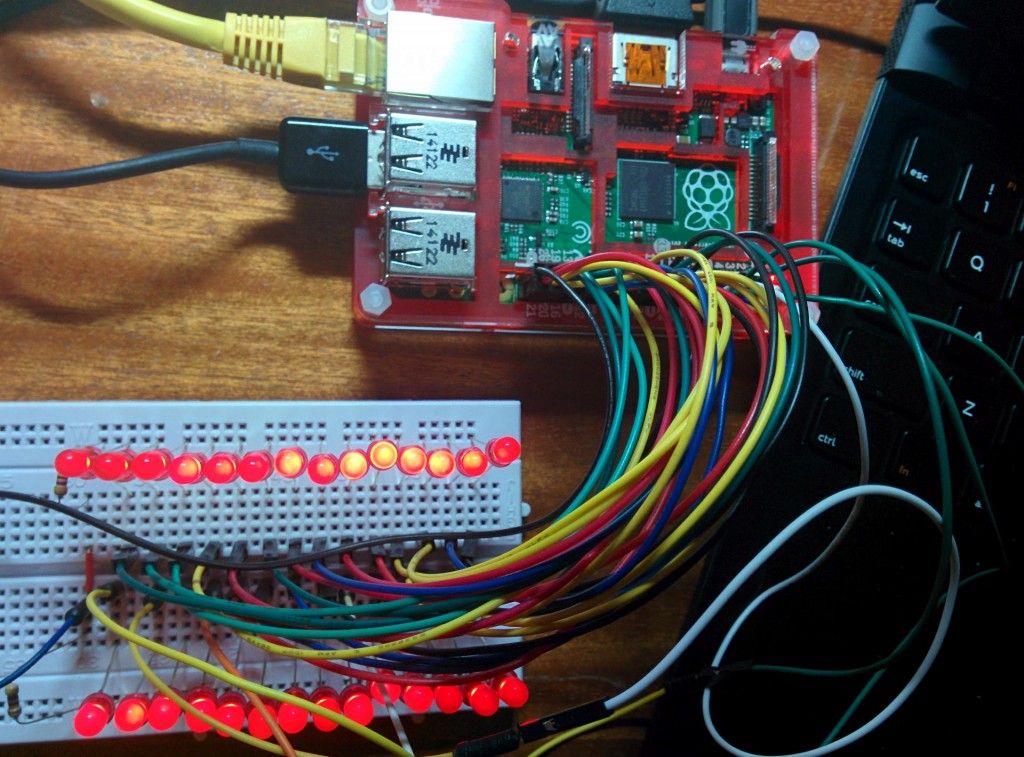 Yes, I know. Don’t draw more than 50mA through to SoC, and there are 2 pins there that I really shouldn’t use (the first I2C bus), but hey, there it is!