So early evening last night (Saturday 19th Match), a nearby neighbours power went off… They called Western Power who at about 9pm decided that it was an emergency… Due to a young person being in the affected house.

So at about 1:45am, Sunday morning a crew from Keir turned up and started digging with power tools.

This more or less woke up the whole street. Several neighbours went outside to complain, but the workmen were somewhat non-caring and carried on making a noise. They kept on making a noise for about an hour or so before leaving.

So no-one in the street got much sleep.

The worst part? They didn’t need to dig at all. Upon inspection to see what they’d done, I found none of their digging was directly connected with restoring the power to the affected house. To fix their power, they ran a temporary cable from a street-side junction box into the house through their letter box (and presumably into their consumer unit) 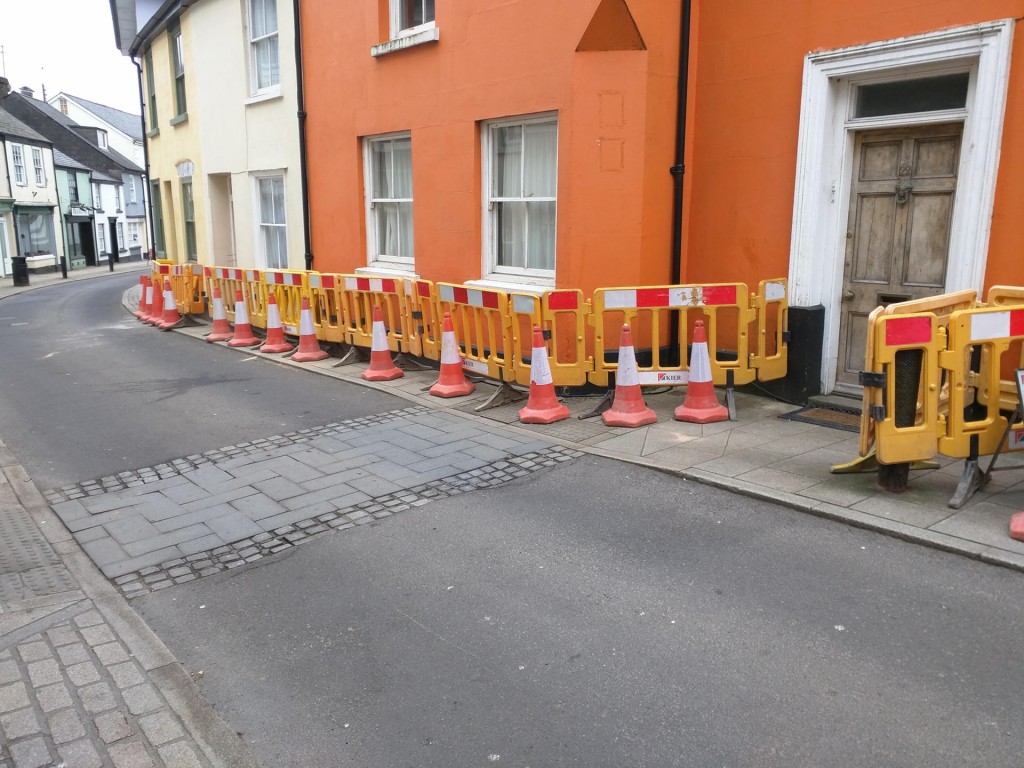 This is the view down the street. The barriers at the right is where the power cable is tapped into: 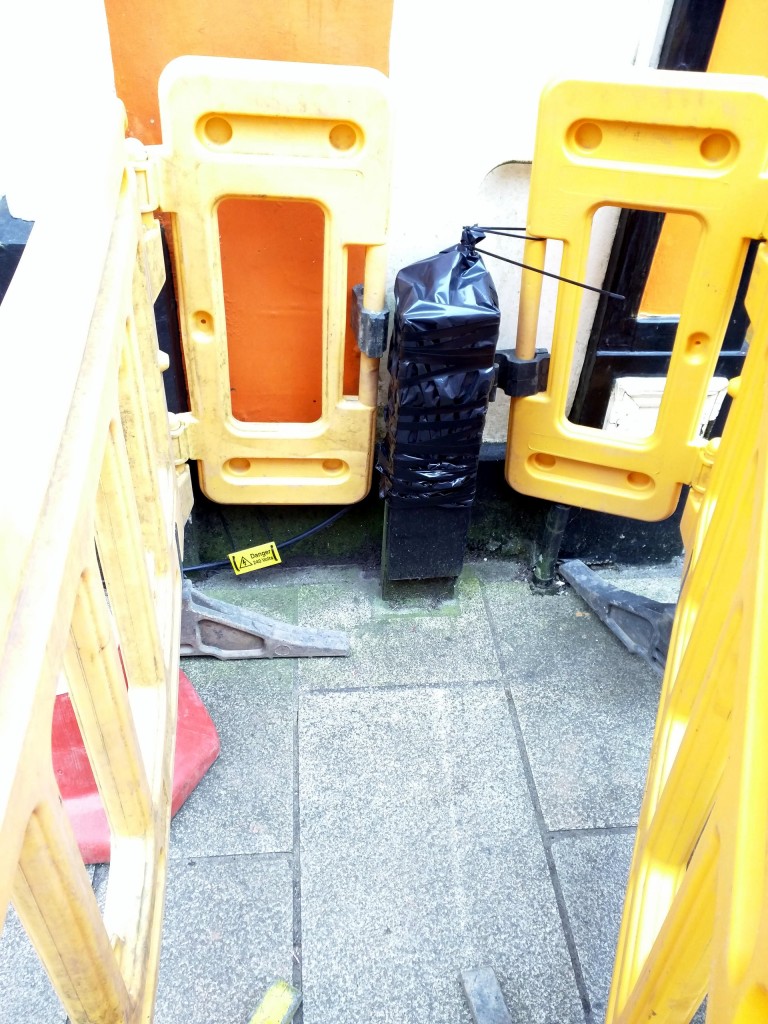 This is the power tap – the cable went down the street into the house: 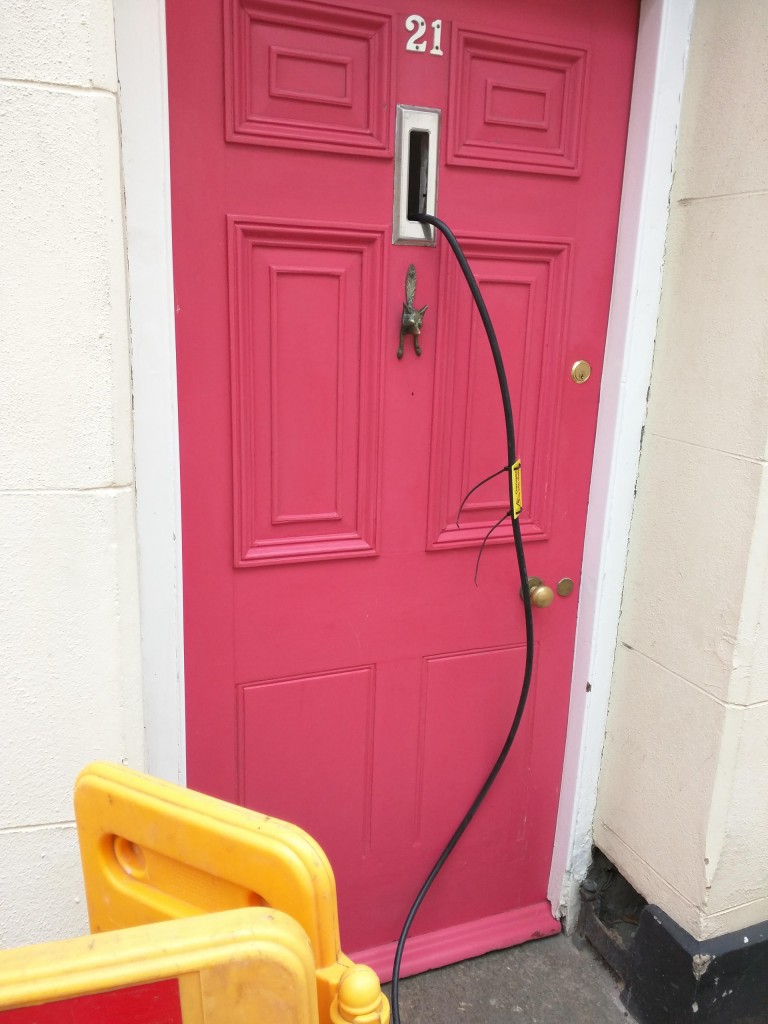 Let there be power!

The proper fix has started at about 5pm on Sunday afternoon. More people from Western Power and Keir have turned up. It’s now nearly 7pm and they’re still digging. 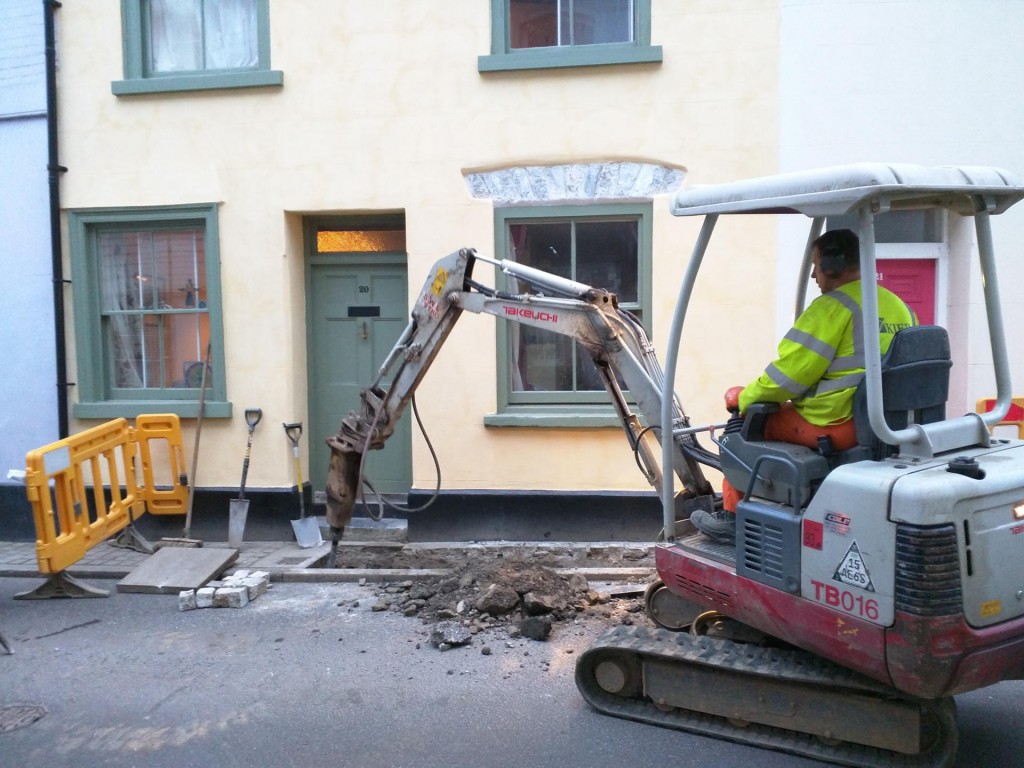 It has been a fairly tiring time here. Who knows how much longer they’ll go on. Worse – the questions I’m asking is why? Why did they have to dig this up at 2am on Sunday morning? Why are they now digging at 7pm? Why couldn’t they have run the temporary cable and left it until Monday?

I think it’s fair to say that Western Power and their contractors are not the best loved people here tonight.