So as you may have read here, you might know I have a bit of a thing for baking… And so we had a little family “do” last weekend – my in-laws 50th wedding anniversary and we did an afternoon tea party for about 60 guests.

So as well as cakes, scones, and so on we needed sandwiches. Nice thinly sliced bread with the crusts cut-off, cucumber at the ready along with egg mayonnaise & cress, and so on.

Now I love baking bread, but that much bread, while perfectly possible for me to bake in a day or 2 is not possible to slice without a proper bread slicer – so in the past we’ve used local bakeries to supply the bread. This time we used Seeds2 in Totnes.

Darren there did us proud and supplied 11 loaves of varying type from white to seeded and granary. Knowing I like making my own bread, he also gave us a bag of the flour he uses – Stoats Organic unbleached strong white flour.

So I fed my sourdough starter with some and baked a loaf. Then baked another, and took some photos… The starter seems to like it – lots of activity there, and the bread rises a bit faster on it too! Possibly because most of the bread I usually make is a wholemeal flour mix, so giving it white flour with a bit more protein and gluten gave it a boost. 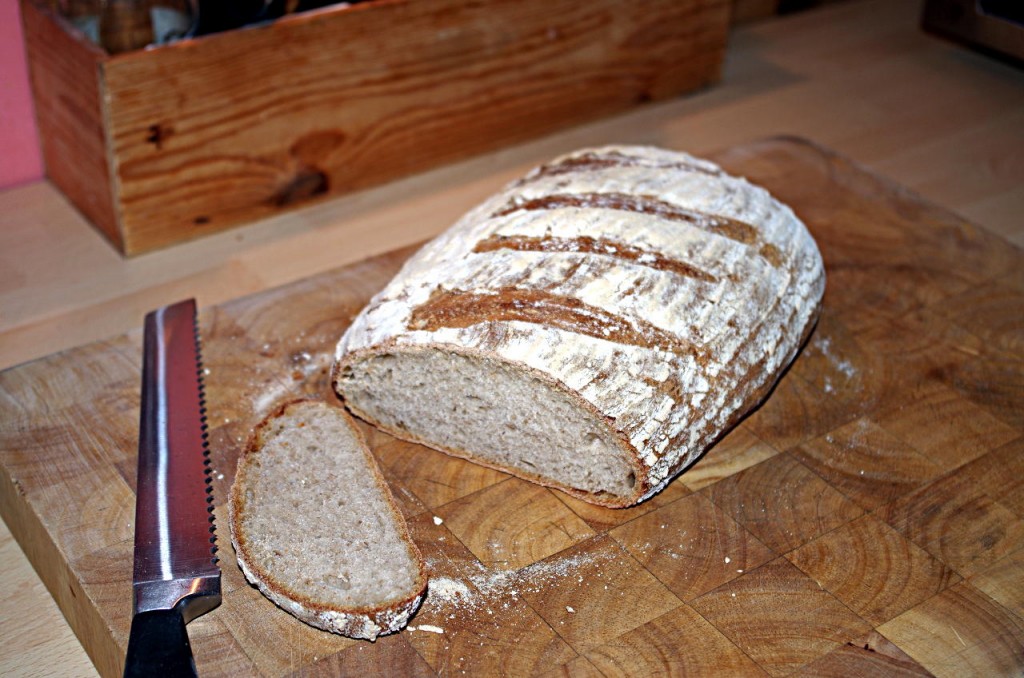 Heres the latest loaf. The smell, texture/crumb and crust is all great. But the colour… That’s unbleached white flour for you! It’s a very pale yellow in the packet and It appears to darken slightly when cooking.

So wondering what they put into flour to make it white, I did some searching… Found this on Wikipedia http://en.wikipedia.org/wiki/Flour_bleaching_agent and a whole load of other things too.

A quick search for products return names like “White Glow” and “Super Glow”, and interestingly in 2011 China banned the use of flour whiteners! (Which doesn’t seem to stop online places like alibaba.com selling flour whiteners from China though)

So it seems there is fierce debate on the subject, but not everywhere! What would you do if you bought a load of bread made with white flour and cut into it and found that it was a pale yellow colour – perhaps verging on beige?

I think it’s quite brave of Seeds2 to sell unbleached white flour loaves, but at the same time, when we’re living in a society where we’re being more conscious of what we eat and how its produced, maybe they’re actually the leaders and showing us the way…

Me? I think I’m going to stick to using the wholemeal flours which I usually use, which aren’t bleached anyway, but for my cakes and biscuits? More experimentation may be required.

Oh, in-case you were wondering – this is what some of the spread looked like last weekend! 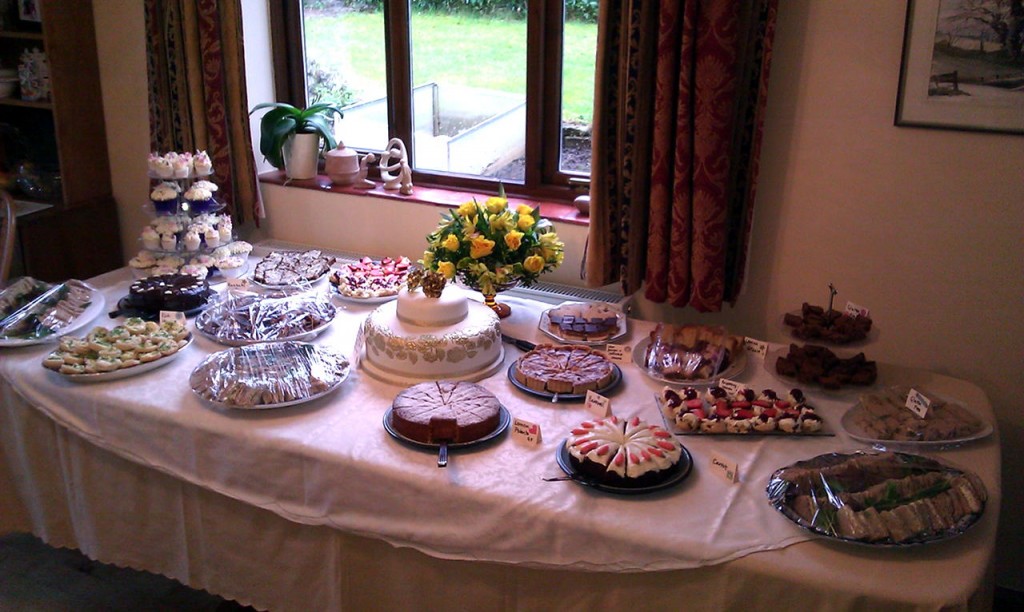 Well, some of it at least. There was the same again (and more!) in the kitchen which came out to top-up the platters through the afternoon.